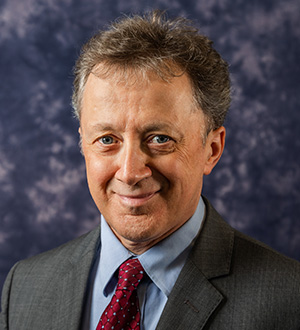 Jonathan Fink is Assistant Chief Counsel at the Office of the Comptroller of the Currency (OCC).

In this role, Mr. Fink provides counsel and advice to the Senior Deputy Comptroller and Chief Counsel and the Comptroller of the Currency. Mr. Fink represents the OCC on a number of interagency and international working groups. He also provides advice with respect to the Comptroller's functions as a member of the Financial Stability Oversight Council. In addition, Mr. Fink leads and oversees the OCC's Honors Attorney Program. He assumed this position in October 2017.

Mr. Fink joined the OCC in 1996 and served as Assistant Director in the Bank Activities and Structure division until 2013. In this division, he worked on matters involving the implementation of the Dodd-Frank Wall Street Reform and Consumer Protection Act of 2010, international activities, cross-border resolutions (representing the OCC on the Basel Committee's Cross-Border Bank Resolution Group), payment systems, licensing activities, bank powers, lending limits, affiliate and insider transactions, community bank resolutions, and compensation.

Prior to joining the OCC, Mr. Fink served in a variety of positions with Bank One, Chicago, NA, from 1992 to 1996, concentrating in regulatory compliance, investment management, and trust administration.

Mr. Fink received his juris doctor from Chicago-Kent College of Law, Order of the Coif, and his undergraduate degree with honors from the University of Birmingham, England.