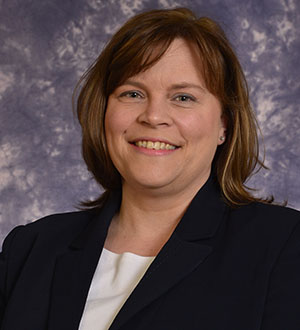 Julie Thieman is the Director for Special Supervision at the Office of the Comptroller of the Currency (OCC).

In this role, Ms. Thieman oversees the supervision of problem banks regulated by the OCC. She manages a staff of problem bank specialists and ensures the development and implementation of rehabilitation or resolution strategies for assigned banks and savings associations, including the orderly management of closings, when necessary. Ms. Thieman reports to the Deputy Comptroller for Special Supervision and assumed this role in January 2016.

Prior to assuming this role, Ms. Thieman served as an Assistant Deputy Comptroller of the Philadelphia Field Office since June 2013. There, she oversaw the supervision and regulation of up to 24 community national banks and federal savings associations in Pennsylvania and New Jersey, as well as the management of 20 bank examiners and support staff. She also served as an Assistant Deputy Comptroller Analyst and as a Problem Bank Specialist in the Western District and at OCC Headquarters.

Ms. Thieman graduated from Indiana University with a bachelor of arts degree in mathematics.