Like much else that came out of the Civil War, the Freedman's Savings Bank (officially the Freedman's Savings and Trust Company) began with a sense of high moral purpose. Its founders understood that the 13th Amendment to the Constitution, which abolished slavery, was only the start down the long road toward full participation in American society for former slaves. Simply to survive the transition to a system based on free labor, they would need food, clothing, shelter, and medical care. But in the longer term, if they were to have a meaningful chance to succeed in American society, they would also need education, legal services, financial services, and capital.

With these needs in mind, Congress on March 3, 1865, enacted legislation to establish the first-of-its-kind social services agency that became known as the Freedmen's Bureau, to administer a broad program of help and self-help. On the same day, it chartered the Freedman's Savings Bank, with the goal, as the African-American statesman Frederick Douglass put it, of instilling into the minds of the former slaves "lessons of sobriety, wisdom, and economy, and to show them how to rise in the world." 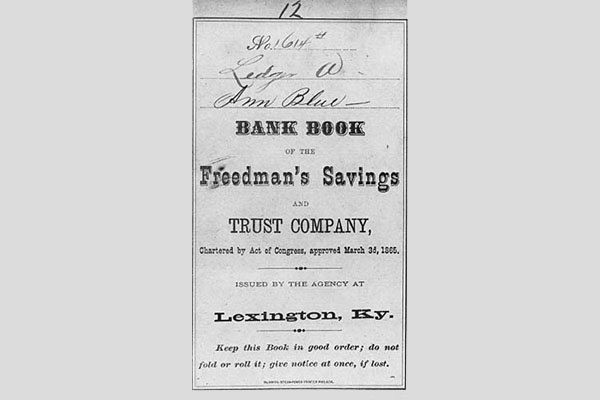 A bank book from the Freedman's Savings and Trust Company.

The need for the Bank's services was acute. Large numbers of slaves liberated by the Union Army had gone on its payroll. As this was the first bit of cash many of them had ever received, they needed a safe depository and basic financial education. The plan also called for the Bank to employ numbers of freedmen, giving them hands-on training and experience in the banker's skills.

At first, all went well. With the Freedman's Bureau helping to publicize it, the Bank attracted millions of dollars from tens of thousands of depositors. The accounts they established were poignantly small. The vast majority of them ranged between $5 and $50, but these small deposits were emblematic of the historic rise of a class of black property owners.

The Bank was quick—perhaps too quick—to acquire the tangible symbols of success. It established dozens of branches throughout the country, which attracted new deposits but also depleted its resources. It built a splendid headquarters in Washington, D.C., at the southeast corner of Lafayette Square where the Treasury Annex now stands. Its appearance filled Douglass's heart with pride. With its "magnificent brown stone front, its towering height, its perfect appointments, and the fine display it made in the transaction of its business," he wrote, "it was a sight I had never expected to see." But it had cost more than $200,000 to construct and furnish—a dubious expenditure for an institution that, within a few years of its founding, was already experiencing problems. 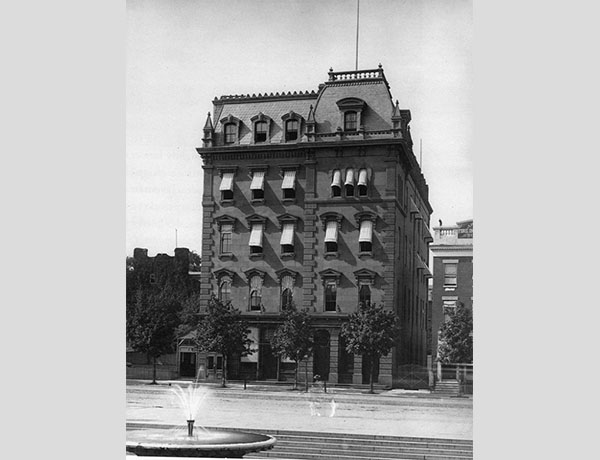 The Freedman's Savings and Trust Company on Lafayette Square where the Treasury Annex stands today.

Some of those problems stemmed from the volatile post-war economy, which saw decline, expansion, and then contraction again, culminating in the Panic of 1873. The contraction pushed down the yield on government securities, which formed a primary component of the Bank's investment portfolio and which reduced the return to depositors. It was ostensibly for their benefit that a new management team at the Bank urged Congress to liberalize the terms of its charter, permitting it to make loans backed by real estate.

Congress went along. After all, access to finance for housing and related purposes, then as now, was a matter of compelling public policy. Unfortunately, history has repeatedly shown the error of expanding bank powers without providing a commensurate increase in official oversight and risk management.

Enter the Office of the Comptroller of the Currency (OCC). Created in 1863, just two years before the Freedman's Savings Bank, the Comptroller and his examiners were responsible for supervising the national banks it chartered, including several in the nation's capital. Under the national banking laws carried out by the OCC, real estate lending was explicitly forbidden—a prohibition enforced by the office's professional bank examiners.

The Freedman's Savings Bank's depositors had no such safeguards. Indeed, the Bank's charter explicitly subjected it not to the authority of the OCC, but to Congress itself. This oversight proved episodic, and what there was of it was often tainted by political considerations. That is why the Congress had seen fit to create the OCC as an independent agency funded not by appropriations, but by fees paid by the banks it supervised.

By 1873, as the national economy spiraled downward, the Bank's condition turned critical. Too late, Congress asked the OCC to assess its prospects, providing a special appropriation to conduct emergency examinations. In February 1873 and February 1874, OCC examiner Charles Meigs reported on the growing precariousness of Bank's position. In part because no one had been watching carefully over the Bank's affairs, its officers had fallen victim to their own inexperience and to the machinations of the likes of Henry Cooke, who served on the Bank's board while also serving his family banking business, using the assets of the former to benefit the latter. In March 1874, Frederick Douglass was induced to take the reins of the Bank, a move that many hoped would steady the Bank in the eyes of its depositors, lest they withdraw their savings in a panic. But it was too late. On June 29, the Bank's trustees voted to shut it down. 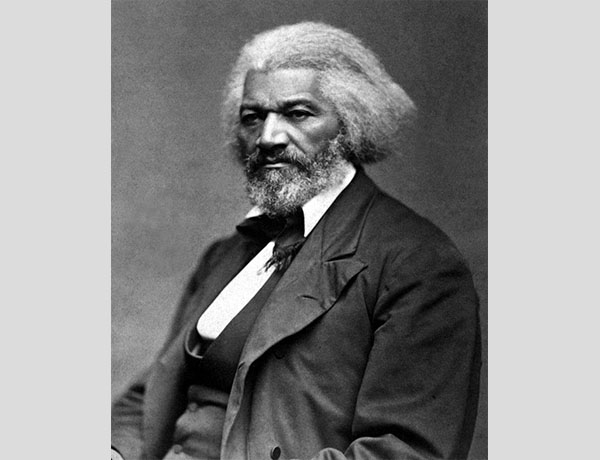 Frederick Douglass served as the last President of the Freedman's Savings and Trust Company.

The Bank's closing did more than shatter the dreams of Douglass and others with high hopes in its future. It left 61,144 depositors with losses of nearly $3 million. After years of waiting, depositors only recouped a share of what was owed them. It was a bitter conclusion to a venture launched with great promise.

To learn more about the rise and fall of the Freedman's Savings Bank, consult these sources:

Abby L. Gilbert, "The Comptroller of the Currency and the Freedman's Savings Bank," The Journal of Negro History, LVII: 2 (April 1972).