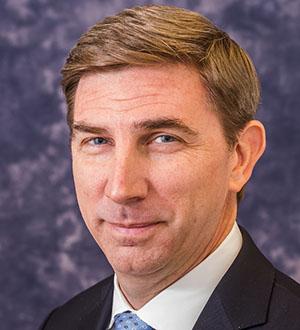 Ted Dowd is Deputy Chief Counsel at the Office of the Comptroller of the Currency (OCC). He assumed this role in June 2018.

Mr. Dowd previously served as Director of the Securities and Corporate Practices division. In that role, he oversaw the division that provided legal interpretations and advice to OCC policymakers, senior managers, and examiners on banking, securities, derivatives, and corporate governance matters. He has had the lead role for the Law Department in Volcker Rule implementation including completion of the proposed revisions to the Volcker rule. He has supervised the department’s legal work in areas including capital markets, investment securities, financial technology, Dodd-Frank rulemakings, and fiduciary matters. Mr. Dowd also oversaw staff members responsible for legal issues related to national bank and federal savings association securities offerings and related disclosures.

Prior to joining the OCC, Mr. Dowd served as a Senior Trial Attorney for the U.S. Commodity Futures Trading Commission (CFTC), Division of Enforcement. He represented the CFTC in numerous enforcement actions in federal court.

He received his law degree from the Catholic University of America, Columbus School of Law, and is also a graduate of Providence College.