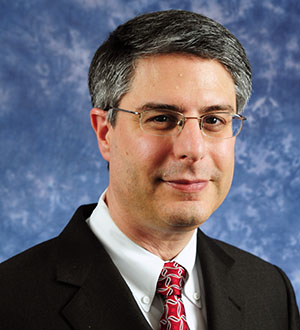 Stuart Feldstein is the Director, Bank Advisory in the Office of the Comptroller of the Currency (OCC).

In that capacity, Mr. Feldstein participates in and supervises legal work that includes the development and drafting of the OCC's regulations, including those relating to the implementation of the Dodd-Frank Act; analysis and drafting of legislative initiatives of importance to the national banking system and the OCC; and analysis and advice pertaining to the federal preemption of state law, the regulatory capital requirements that apply to national banks, and the OCC's oversight of federal branches and agencies of foreign banks, and the international activities of national banks.

Mr. Feldstein joined the staff of the OCC in 1993 and was an Assistant Director in the Legislative and Regulatory Activities Division until 2010. From 1989 until joining the OCC, he was a senior associate at the law firm of Cleary Gottlieb Steen & Hamilton working on issues related to the financial services industry. Mr. Feldstein began federal government service in 1985 at the predecessor agency of the Office of Thrift Supervision, the Federal Home Loan Bank Board.